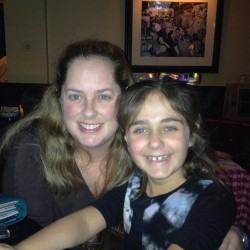 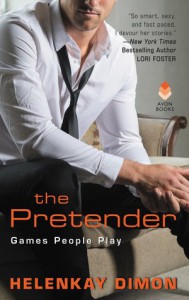 The Pretender is the latest book in the Games People Play series from HelenKay Dimon. Once again I was pulled into the story from the very first page and taken on a sexy and wild ride.

I really do think Harrison Tate became my new favorite character in the series with The Pretender. Seriously he is not only super smart, but witty and sexy as all get out. He also wants to make sure Gabrielle doesn't take the fall for the murder of her sister when he knows she didn't do it. Harris and Gabby's basically instant connection totally worked for me. Harris really only ever trusted a select few people, so it was refreshing to how quickly he accepted and trusted Gabby.

Gabby was a bit of a mystery to me at first. While she was an incredibly strong and independent woman, I felt like there was more to her that what we saw at first. I knew she didn't kill her sister, but also knew she was keeping secrets about her sister. I loved how protective she was of her little sister and even understood her reasoning once she was honest with Harris about everything that had happened.

I loved the chemistry between Gabby and Harris. I do believe part of it was they had a pretty instant connection to one another. They just worked for me as a couple, even knowing Harris was keeping a huge secret from Gabby. I knew it was torturing him, so I guess that is why I was okay with it, as I'm usually very unhappy with characters lying to each other. I will say I completely supported Gabby's reaction upon finding out the secret and have to say she actually was way more forgiving than I would have been.

I thought the suspense portion of the story line was spot on and have to say I had the wrong person in mind as the killer early on. I love when an author keeps me guessing and HelenKay Dimon did an awesome job keeping me guessing in The Pretender. I loved that while the suspense portion of the book was always in the forefront, it never took away from the romance between Harris and Gabby. The Pretender was another winner from HelenKay Dimon and I can't wait to revisit the characters from the Games People Play series soon.